After a successful weekend participating in the Wabash River Fest, the team jumped back into lab work, plating a new culture of Shewie, miniprepping a promoter for use with digestion the next day, and preparing glycerol stock cultures of successfully transformed parts. A bioreactor brainstorming session with USDA-NSERL staff Dr. Ashley Hammac, Stan Livingston, and Scott McAfee left team members enthused about the prototype to come later in the week. Additionally, the team met with representatives of the Purdue Foundry regarding the possibility of developing a business model for the phosphorus removal system. If lab work continues to go well, this may be something to pursue in the fall. 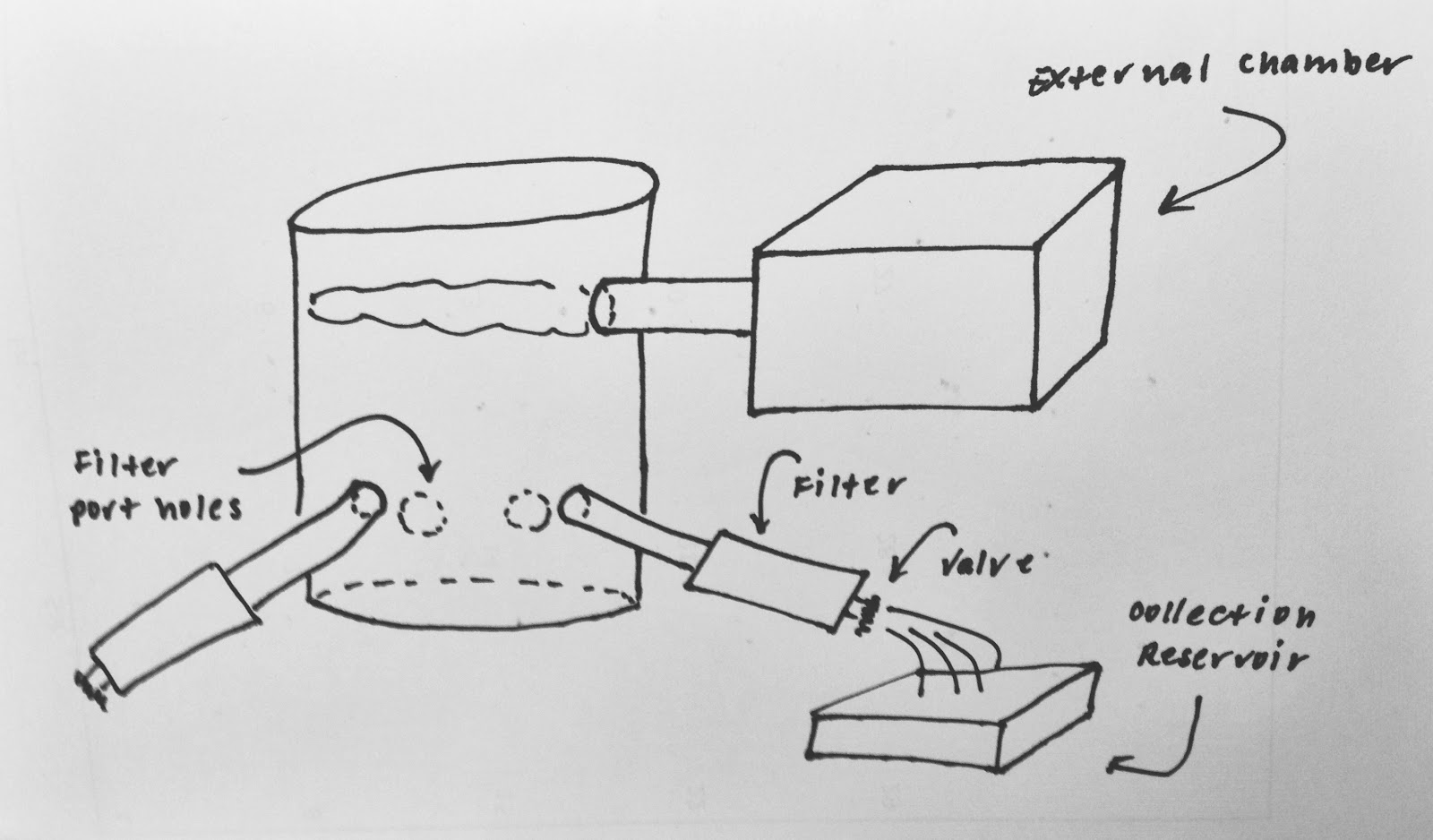 Above: A preliminary sketch of proposed bioreactor design

Wet lab work consisted of the digestion and ligation of all three remaining phosphorus genes in preparation for transformations into E. coli. Mental effort for the day was directed toward understanding E. coli‘s Pho regulon, the system of genes that control phosphorus within the organism, in an effort to determine which specific sequences of DNA may be helpful to up-regulate in the synthetic microbes to greater improve their efficiency.

The bioreactor prototype was complete! Many thanks to the staff of the NSERL (National Soil Erosion Research Laboratory) for making it possible. 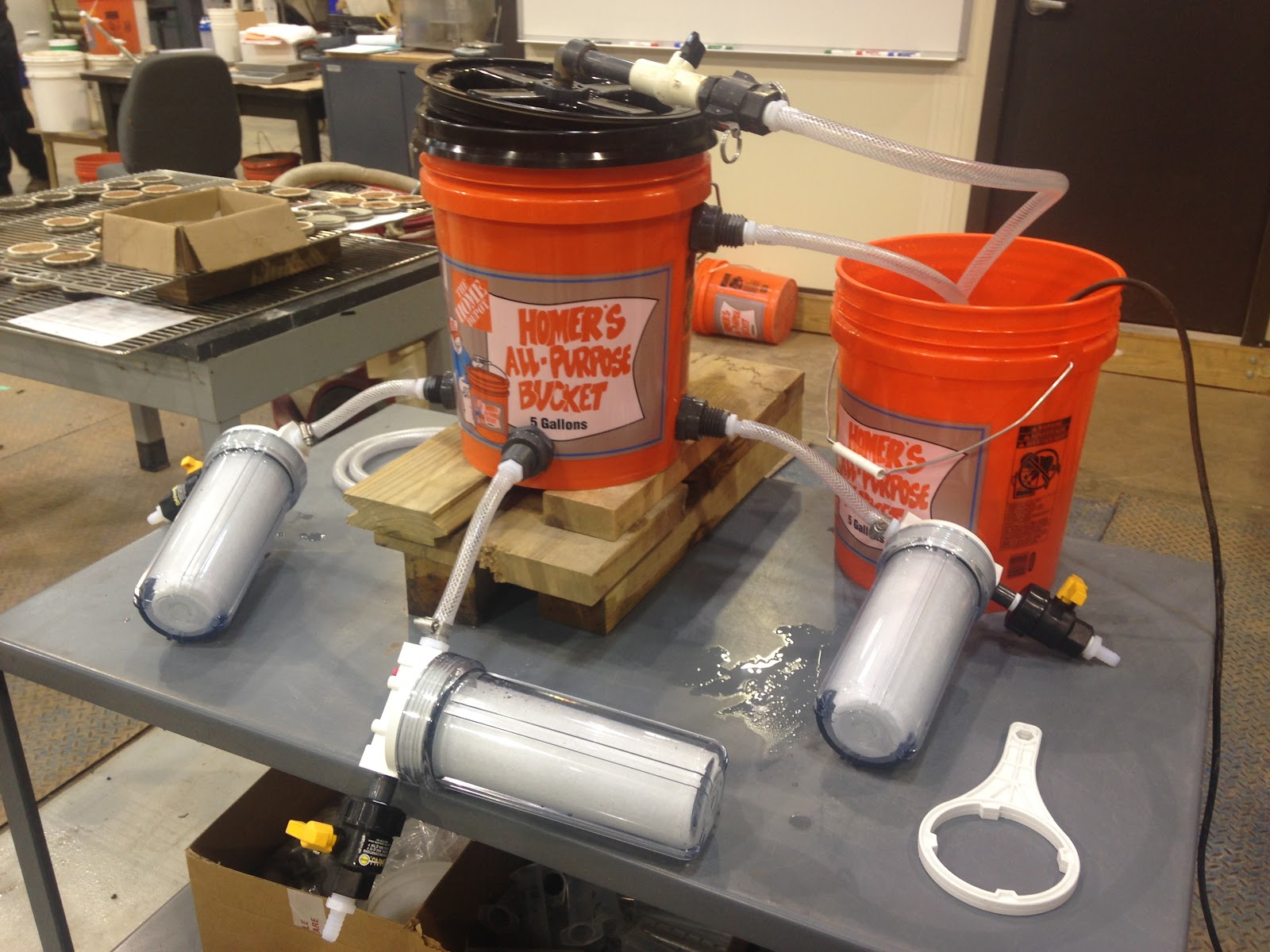 The prototype consists of two 5-gallon buckets, an aquarium pump and outflow tube to maintain constant water level and flow, and three separate ports around the base to channel water from the main reservoir into water filters that will eventually contain modified E. coli cartridges. Phosphorus is to be collected in these chambers, and effluent is controlled by the valves at the point where water flows from the filters. Further testing of the prototype will include the determination of the proper substrate to contain E. coli, optimum temperature and pH, and best water flow rate.

Thursday morning began with celebration as all of the previous day’s transformations worked with multiple colonies appearing on every plate. Go, team! With all phosphorus genes successfully transformed, the team can now move forward with characterizing proteins. Along with this, some strains will be sent to other collaborating teams for characterization to confirm results.

Are synthetic biology terms sometimes confusing? Is scientific jargon difficult to understand? Look for explanation no further than the team’s newly-released glossary of synthetic biology and iGEM terms hosted on the Experiment page. 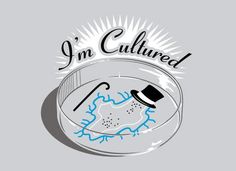 Does this joke make sense? If not, please check out the glossary!

With the new bioreactor prototype, several protocols needed to be written including a standard for measuring water flow and a process for system maintenance. The plan for the upcoming week is to characterize individual proteins and begin conducting tests to determine the optimal substrate for E. coli to inhabit in the bioreactor’s external chambers. Any thoughts on what to name the bioreactor? Tweet @PurdueBiomakers to let the team know what you think.