Most significantly this week, team members hosted Molecular Agriculture Summer Institutes (MASI) high school students in the lab as they worked with Emma on completing InterLab protocols [InterLab is an iGEM-wide study working to establish a consistent unit of measurement for fluorescence; experimentation and measurement is completed using GFP.] The transformations completed over the weekend proved successful–the positive RFP control exhibited growth, while there was no growth on the negative control. Transformed cells were inoculated and plates parafilmed for short-term storage. PCR was completed for 3 phosphorus genes whose gel electrophoresis analyses were unclear when attempted over the weekend. Wiki design was also discussed to get this critical project element up and running ASAP.

Lab work for Tuesday included the mixing of gels for later electrophoresis, the miniprep of promoters that were PCR’ed previously, and continued InterLab transformations.

Meeting day! Highlights of this week’s meeting include a discussion of the utilization of mass spectroscopy to complete proteomic profiles, the wastewater analytics tools possibly available to us through the generosity of Dr. Ashley Hammac and the USDA National Soil Erosion Research Lab, and the idea to replicate a study upregulating E. coli genes related to phosphorus uptake and storage as a basis of comparison to engineered strains. Via Skype, the team established a collaboration agreement with Rose-Hulman Institute of Technology’s iGEM team, aiding them with fluorescent microscopy in exchange for help characterizing some proteins.

In the afternoon, several team members volunteered with the Wabash River Enhancement Corporation (WREC) by aiding in the upkeep of a rain garden in Lafayette designed to use plants to stop pollutants from infiltrating the Wabash. Water flows off the roof of site buildings (Oakland Elementary), and nutrients (such as phosphorus) are captured by plant roots. This garden needed some weeding and re-planting to be in tip-top shape again. 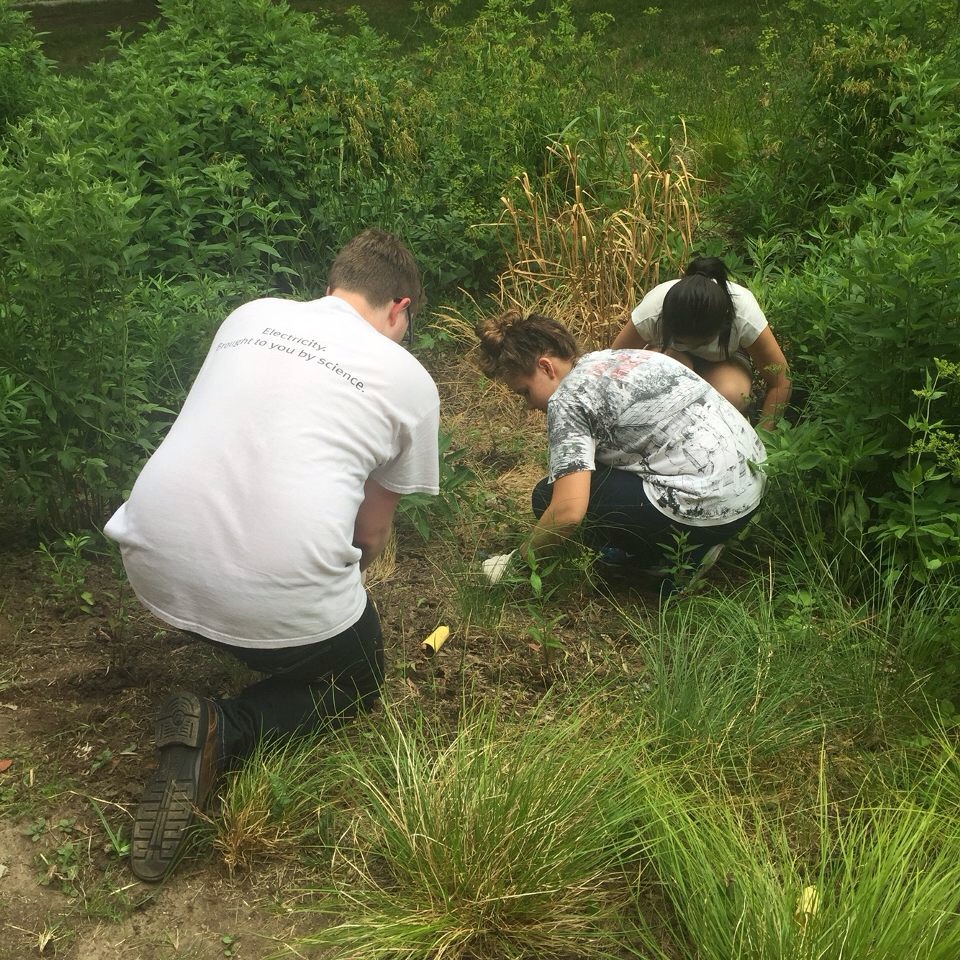 Team members were busy in the lab completing transformations of phosphorus genes, more PCR, autoclaving, and inoculation of transformed InterLab genes. Excitement of the day was a discussion of hosting a conference for other iGEM teams–stay tuned for more to come.

Gel electrophoresis, inoculations of transformations from yesterday, and the production of more LB agar plates with ampicillin closed out the week in Bindley Bioscience Center. Additionally, here’s an update on the Experiment crowdfunding campaign in the form of an advertisement to be featured on news screens across campus. Thank you to everyone who has aided our cause!